Or so we’re led to believe. For the last 20 years, every Chinese automaker keeps hiring auto industry veterans from the U.S., Europe, and Japan to write the same script, only to backtrack in the face of the highly mature, supercompetitive U.S. car market, where even the most established players can struggle to make ends meet. The newest message is that Chery’s premium brand, Exeed, will reskin its TX SUV, which it launched at Frankfurt in 2017, and call the vehicle Vantas.

Chery, which opened a Frankfurt design studio in 2018, intends to sell the Exeed TX in Europe sometime after this year. Sometime later, it’s going to sell the Vantas to Americans and build it in as yet unspecified U.S. factories.

The TX is a compact SUV built on an Chery-specific platform that can accommodate hybrid, plug-in-hybrid, and battery-electric powertrains. There’s no word on what a U.S.-spec Vantas would cost or where it would sell. The importer, Hale and Associates Automotive Holdings (HAAH), is based in Irvine, California. Several months ago, the company signed a deal to import Zoyte, another Chinese automaker that has a joint venture with Ford in China.

The Buick LaCrosse Gets a New Face for China

First Tesla Model 3 Rolls off the Line in China

The Hale in Hale and Associates is Duke Hale, a four-decade car industry veteran who led U.S. sales at Volvo and Mazda, directed operations at Isuzu, and was once CEO of Lotus. His most recent position, before founding HAAH in 2014, was vice president of customer service and parts at Jaguar Land Rover. It’s worth noting that Chery has a joint-venture plant with Jaguar Land Rover in China.

HAAH counts two Hyundai long-timers—Chris Hosford, who spent 20 years directing the U.S. PR team, and Bob Pradzinkski, with 26 years in top sales roles—out of its dozen or so U.S. employees. Others have held sales, development, and marketing jobs at Mazda, Volvo, Toyota, and Nissan, among other major automakers. They include chief revenue officer Michael Davis, who on the HAAH website counts as one of his major accomplishments the unsuccessful $300 million relaunch of MG in the U.S.

Eight years ago, Car and Driver was the first U.S. car publication to test-drive a Chery, and granted, the cars have improved since then. Could it happen? It could always happen. But now that Geely-owned Volvo is pushing Polestar, Hyundai is pouring billions into the Genesis brand (which is matching Jaguar in U.S. sales), and Faraday Future, financed by China, is on the way out, let’s just say it’s really hard to sell cars in this country. 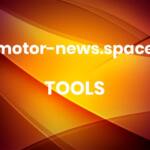