For years, solid-state batteries have been heralded as the answer to many of the issues surrounding EVs. The battery technology allows for greater energy density, which translates into more range from the same size pack as a lithium-ion battery. The problem has been that the failure rate is far too high after repeated charging. Also, they’re super expensive. But Samsung may have solved the first issue.

Prius Battery Life: Everything You Need to Know

Researchers at the Samsung Advanced Institute of Technology (SAIT) and the Samsung R&D Institute Japan (SRJ) decided to remove the lithium metal anodes used in solid-state batteries and replace them with a thin silver-carbon layer. It’s those lithium-metal anodes that cause issues with the batteries. They grow dendrites (tiny crystal spikes) that bore through the electrolyte and cause a short circuit during charging. Hence the low life expectancy of a solid-state battery.

The researchers say that using silver-carbon instead of lithium metal in a prototype pouch yields a battery with a higher capacity, lengthens the cycle life, and makes the battery safer. The layer of silver-carbon measures only five micrometers thick, but if it can accomplish in the real world what the Samsung team pulled off in the lab, it could substantively change EVs in the future. 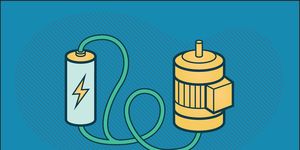 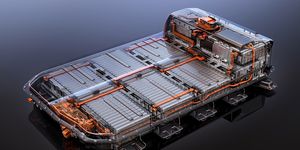 The Differences between Hybrid and EV Batteries

The pouch that the team created would give an EV a range of about 500 miles and have a lifecycle of more than 1000 recharges. That’s a vehicle with a battery that lasts 500,000 miles. Plus, the battery pack created during the research was 50 percent smaller than a conventional lithium-ion battery.

Before you cancel your Cybertruck reservation or take back that Chevy Bolt EV, this technology is probably years away from making it into cars. Solid-state technology has been the dream of automakers and EV fans for a while. It’s promising research, but don’t expect it to appear in showrooms just yet.